Cape Town has once again been named as one of Trip Advisor Travelers’ Choice Destinations of 2015. The beautiful city placed in 10th place ahead of New York City, Sydney and Dubai. The list of the top 25 cities to visit in the world is based on millions of reviews by travelers all across the globe. We were inspired to share other parts of South Africa that are equally deserving of a spot on your travelers’ bucket list.

South Africa is an incredible country with much to offer naturally, historically and archeologically. When visiting South Africa it is an absolute must to explore the country’s rich history. As a nation South Africa has many reasons to celebrate.

The Cape Floral Region in the Western Cape is the smallest of the recognised six floral kingdoms of the world yet it is the richest per area unit. The Table Mountain National Park has more plant species within its 22 000 hectares than the entire British Isles or New Zealand. Another interesting fact that makes the Cape Floral Region special is that of the 9 600 species of vascular plants found in the region, about 70% is indigenous. Meaning that you will not find it anywhere else in the world. 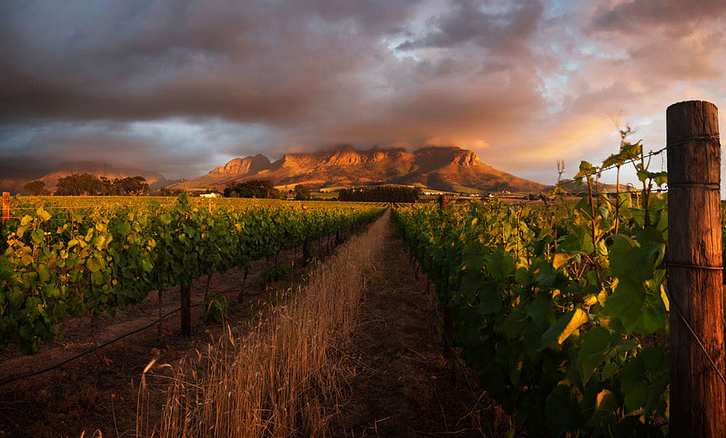 South Africa has the longest wine route in the world. It also boasts the oldest wine industry outside of Europe and the Mediterranean. Route 62 is an alternative to the N2 highway. It leads through the wine producing areas of Wellington, Tulbagh, Worcester, Robertson and the Klein Karoo. Activities along Route 62 include wine tours, safari drives, cultural tours, hiking and mountain climbing. Sleep over in one of the many quaint little towns along the way and indulge in the local cuisine that the rural towns have to offer.

South Africa is home to the world’s highest commercial bungee jump at 710 feet. Situated in the Garden Route on the border of the Eastern and Western Cape provinces of South Africa, the jump takes place on the Bloukrans Bridge. The highest bridge in Africa. Bloukrans Bridge also facilitated Scott Huntley in achieving the most bungee jumps in 24 hours. Scott completed 107 jumps for the title. If you are less inclined to jump off a bridge, you can book a walking tour on the arch of the bridge.

The Highest Waterfall in Africa

The Drakensberg Mountain range is home to the world’s second highest waterfall. The Tugela Falls is a complex of seasonal waterfalls and has a combined drop of 948 m (3 110 feet). There is debate regarding the Tugela Falls actually being the highest waterfall instead of the widely regarded Angel Falls in Venezuela. There are two hiking trails that lead to spectacular views of the Tugela Falls. One is a full day hike that takes you to the summit and the other leads to the foot of the falls. There are a number of accommodation options that will allow you to extend your stay.

The Kruger National Park supports the greatest variety of wildlife species on the African continent. The park fuses its unrivaled diversity of life forms, historical and archaeological sites into nearly two million hectares of land. It is easy to see why this park is a popular destination for bird and animal spotting.

Did you know that three of the five fastest land animals can be found in South Africa? The cheetah, the wildebeest and the lion. The cheetah can reach speeds of up to 63 miles per hour. These magnificent beauties can all be seen at many of the game reserves across South Africa. You cannot leave South Africa without experiencing a game drive.

South Africa is a good destination for its bird spotting opportunities. Approximately 900 bird species can be found in South Africa. This accounts for 10% of the world’s total bird species. There is an abundance of birding routes in South Africa. The Kruger National Park is one of the more popular birding sites, with an estimated 477 bird species. It is perfect for woodlands and savannah bird spotting. Between October and March is usually when bird populations rise within the park. Migrants and nomads usually arrive after the first summer rains.

South Africa has the oldest meteor scar in the world. Vredefort Dome, as it is called, can be found just across the Vaal River near Parys in the Free State Province. The Vredefort Dome has been added to the list of UNESCO World Heritage Sites for its geologic interest. The dome can be visited throughout the year. There are many bed & breakfast and self-catering establishments available in Parys for you to choose from. The site can be explored with a half day tour and there are weekend tour options for the more adventurous.

A Country of Champions

South Africa is the only country in the world to have hosted a soccer, cricket and rugby world cup. South Africa has played at four of the six rugby world cup tournaments held. They have won the William Webb Ellis Cup twice thus far. South Africa was first crowned champions at the 1995 Rugby World Cup, this tournament was monumental as it was the first time the country was allowed to participate and it was also the year that South Africa hosted the event. The second win came in 2007 when they beat England in the final. For the ultimate Springbok experience, visit the world class rugby museum at the V & A Waterfront.

South Africa is a vibrant country with lots to explore. You’ll be sure to find something interesting no matter where you might find yourself. Whether you’re after a calm weekend of bird watching or whether you’re looking for a bit more of an outdoors adventure, South Africa is sure to meet your need.  Have a look at the day tours and extended safari tours on offer at eAfrica Safari Tours. Our friendly consultants are ready to help you find the best holiday package for you. 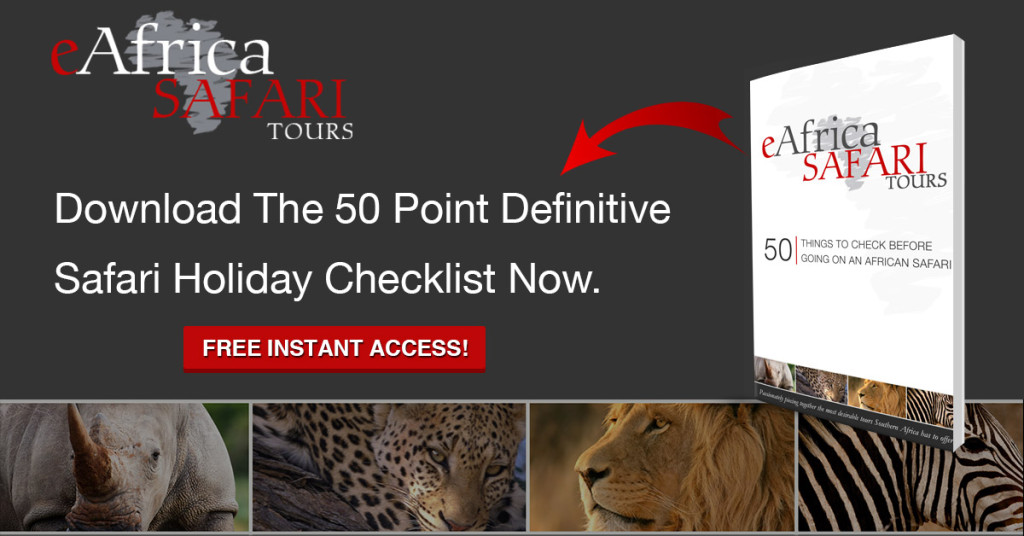